Congratulations to eighth-grade student Ella W. for her honorable mention after submitting a meaningful essay in memory of Sonia Schreiber Weitz. 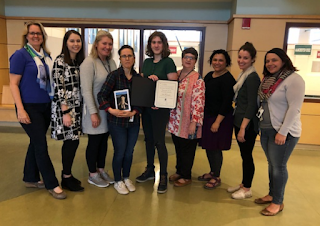 "The award is named for Holocaust survivor, Sonia Schreiber Weitz, who passed away on June 23, 2010. Sonia was a poet, author, and spokesperson for her generation who put a face on Holocaust history. A remarkable woman who became a role model for the generations after, she was beloved by everyone who had the privilege of hearing her share her experiences during the Holocaust. Her mission was to encourage others to apply the lessons of the past to the present."

Center for Holocaust and Genocide Studies at Salem State University

"I dream of a world without victims and victimizers and, even more, without bystanders."
Sonia Schreiber Weitz