The Memorial School is a 67-year-old building with timber frame construction. It has exceeded its useful life, has become a health and safety concern for students, no longer serves the regional district’s educational program, and is costing the District more and more money.

The State immediately accepted Memorial School into the MSBA program, an uncommon occurrence and a sign that it is among the schools in most need of remedy in Massachusetts. 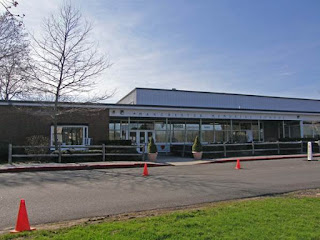 The Cost of Doing Nothing
}  Existing Building is substandard and past its useful life
}  Cost escalation is a significant factor, with construction costs escalating at 5 to 6% per year:
o    Yet to be addressed needs identified in 2013 Habeeb Report include
§  ADA compliance issues
§  Asbestos and lead pain mitigation
§  Roof replacement
§  Inefficient, single-paned glass replacement
§  HVAC systems
§  Electrical infrastructure
o    Estimated Cost of Addressing Current Needs is $10m
o    10 years from now, could cost up to $15.6 million
}  Individually, these items exceed operating budget (annual) funding capacity
}  These fixes unlikely to generate a ‘pay back’/ROI, given limited potential remaining lifespan of current building
}  These fixes are temporary solutions and still require building replacement


Thank you to Senior, Christina Calandra video creator and editor!

Posted by Pamela Beaudoin at 9:05 AM