Over the past few years, our budget presentations have included information about “Unfunded Liabilities,” specifically employee pensions (excluding teacher pensions, which are funded by the Commonwealth) and retiree health insurance, which is also known as Other Post-Employment Benefits (OPEB).  This letter is intended to provide:

What Are Unfunded Liabilities?
Pensions and retiree health insurance are benefits that are offered as a requirement of Massachusetts General Law to employees of MERSD.  Because these benefits are legally mandated, government entities must include in their financial statements an estimate of the value of future obligations related to these programs.

In the past, MERSD, like most school districts and towns in the state, paid the cost of these benefits as they came due each year.  This is often referred to as a “pay as you go” approach.  Recently, attention has turned to the growing nature of these costs and the concern that benefit costs will grow faster than municipal budgets can absorb in future years.

A potential solution to this challenge has two main facets.  First, cost growth must be contained to ensure that benefits are appropriate and affordable for taxpayers.  Second, government employers must begin to move from the “pay as you go” approach towards a strategy that pre-funds future year obligations and invests those funds to ensure that larger obligations due in future years can be afforded without undue pressure on the annual operating budget.  Setting aside money for these obligations in advance would begin to render these liabilities “funded” in accounting terms instead of “unfunded.”

In recent years, MERSD has increased its pre-funding of pension and retiree health insurance obligations and also restructured its health insurance plans considerably, putting the district on a clear path to full funding over time.

How Big Are MERSD’s Unfunded Liabilities?
Estimates of these liabilities are updated each year and published in MERSD’s financial statements which are audited by an outside accounting firm.  The financial statements for the most recently concluded fiscal year (which ended on June 30, 2016), contain the following estimates.

Pensions
The unfunded portion of the pension liability attributable to MERSD is estimated to be $6,545,348.

Most pension programs require contributions from employees and employers.  MERSD teachers and other licensed personnel (e.g. principals and district administrators) participate in the Commonwealth of Massachusetts’ Teachers Contributory Retirement System (MTCRS).  For these employees, the Commonwealth pays 100% of the employer share of pension expense, and employees also contribute directly by way of an 11% payroll deduction.  As a result, MERSD has no expense nor any liability whatsoever, for pension costs related to licensed employees.

Non-licensed employees (e.g. custodians, and administrative or school building assistants), participate in the county pension program, known as Essex Regional Retirement System (ERRS).  In the current fiscal year, MERSD’s employer-share obligation totaled $506,787.  ERRS, by way of this contribution, has begun to require its members, including MERSD and the Towns of Manchester and Essex, to pre-fund future pension liabilities and the program is on track to achieve full-funding by 2036, in accordance with Massachusetts General Law.  Doing so requires MERSD to increase its annual pension contribution by 6-7% each year through 2023 and 4% thereafter.

The estimate referenced above for MERSD’s portion of ERRS’ unfunded pension liability is based on applying 1.801% of ERRS’ total unfunded liability to MERSD.  This percentage represents MERSD’s percentage of total ERRS payroll.  ERRS applies this percentage to the total annual required contributions from its members to arrive at MERSD’s employer share obligation for the year.

OPEB (Retiree Health Insurance)
MERSD’s unfunded liability for OPEB is $17,950,092 as of July 1, 2015, the date of the most recent bi-annual actuarial valuation.  This has declined by 28% from the prior valuation, due to cost reduction measures initiated by the district and the beginning of a pre-funding program that sets aside funds for future obligations.  MERSD will update its valuation this fall to determine the size of this liability as of July 1, 2017.

By law, MERSD must provide health insurance to all employees who retire with eligibility for pension.  For current retirees, the district contributes 80% of the cost of insurance premiums throughout the duration of retirement, with retirees paying the remaining 20%.    MERSD’s annual obligation for insurance payments on behalf of retirees was $593,692 in the most recently concluded fiscal year.  As a relatively new Regional School District, however, MERSD does not yet have many retirees. Our actuary estimates that as this changes, costs will continue to rise and our annual obligation for retiree health insurance will grow at an annual rate that exceeds MERSD’s typical budget growth each year, which would put excessive constraints on important educational spending.  To fully fund this obligation as benefit payments come due in the future, an annual contribution of $1.7 million, invested with a rate of return of 6.0% per year, would be necessary starting now.  This amount is equivalent to 2.8 times our most recent ‘pay as you go’ annual expense.

What is MERSD’s Plan to Address these Challenges?
Management of these Unfunded Liabilities is a critical priority for MERSD.  In its District Improvement Plan established several years ago, MERSD identified the need to develop, by FY-15, a sustainable, long-term financial plan to address these challenges, with actual pre-funding to begin by FY-16.  MERSD is pleased to have met these self-imposed objectives ahead of schedule, and is ahead of most regional school districts in proactively planning for future OPEB obligations.

In FY-14, the MERSD School Committee endorsed a “Roadmap for Funding OPEB,” which proposed a mixture of cost reduction and added funding concepts to close a gap between the ‘pay as you go’ budget for retiree health and the actuarially projected annual cost to fully fund OPEB.

In early FY-15, MERSD successfully negotiated an agreement with the Manchester Essex Teachers Association (META) to change benefit levels, reducing the projected gap by approximately 87% or $1.6 million per year with no need for additional taxpayer funds.  Changes included reducing the district contribution for health care premiums to 75% for active employees and 70% for new hires, from 80% previously.  Additionally, the agreement migrates all employees to an insurance program with lower monthly premiums (which are split between MERSD and employees, based on contribution percentages referenced above) in exchange for introduction of deductibles and/or higher co-pays (which are paid by employees for each doctor’s visit or procedure).  The negotiated agreement stipulates that in return, all savings from these changes will be placed into an OPEB trust fund for the sole purpose of paying future OPEB costs.  These trust funds can be invested in accordance with restrictions in Massachusetts General Law to earn higher rates of return, thereby reducing future required contributions from MERSD, staff and taxpayers.

MERSD’s actuary has projected that these changes would leave a remaining annual gap of just $235,000, which could be addressed over time by gradually increasing annual funding each year.  The FY-15 budget, which was established prior to the negotiated agreement, included an initial deposit of $50,000 into the trust fund.  In FY-16, MERSD contributed $349,544 to its OPEB trust fund, or $47,544 more than its budget, as savings from agreed upon benefit changes exceeded initial estimates. Based on budget estimates for FY-17 and FY-18, MERSD is on track to contribute $1.2 million to its OPEB trust fund in just 4 years, setting the district on a clear path to fully fund its OPEB obligation.  In just five years, MERSD has increased its annual OPEB contributions from just 20% of the actuarially determined target to 75%.

In FY-17, MERSD established a relationship with the Pension Reserve Investment Management Board (PRIM) to invest the district’s OPEB trust funds in the same diversified portfolio used for the State’s pension system, MCTRS, and the large majority of regional retirement systems as well, including ERRS.  By sending OPEB trust funds to PRIM, MERSD is able to outsource investment risk to specialized professionals with significant experience in long-term investing.  By earning a return on its OPEB trust fund investment, MERSD can further reduce the contribution it needs to make from budget funds each year.

Other initiatives that MERSD has undertaken over time also help to mitigate the cost of OPEB including:

MERSD will continue to monitor legislative proposals and work collaboratively with META and other employee groups to make sure that health insurance costs are affordable to employees, retirees, and the district.

With regard to pensions, which are by law a guaranteed contract, benefit levels cannot be changed.  Although MERSD did not establish benefit levels, we are committed to paying for them and will continue to make the contributions required by ERRS to achieve full funding by 2036.  For the next several years, the 7% increase in our annual pension expenditure will have a noticeable, but manageable impact on the budget.  Knowing this allows MERSD to plan ahead and identify funding sources from savings in other areas of the budget.  For example, outsourcing evening custodial services at the new Middle High School when it first opened and doing so at the elementary schools in FY-14 as part of budgetary cuts not only generated salary savings, but will also bring fewer future employees into the pension system, which will keep the cost of MERSD’s contributions down.  MERSD has also outsourced all food service and transportation positions, which further mitigates its future pension liability.

For more information about MERSD’s unfunded liabilities, please visit the MERSD Finance & Operations page of our website and choose the “Unfunded Liabilities” link.  This site contains presentations regarding MERSD’s plans to address these liabilities, copies of actuarial reports, and other informational resources about this topic. 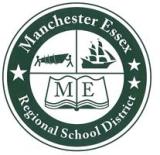 Posted by Pamela Beaudoin at 12:07 PM