The 2020 budget of $26.064 million assumes spending growth of 3.25% ($821K), following 3.18% in FY19, 3.31% in FY18 and 3.14% in FY17.  This stable rate of growth is consistent with the multi-year budget projections used by MERSD to collaborate and plan with member towns of Manchester and Essex.  Achieving this target was particularly challenging in FY18, as MERSD had to use program cuts to offset a one-time increase of 28% in health insurance rates, driven by an unusual spike in utilization.  Although insurance utilization has since returned to normal levels, the priority placed upon stable spending growth in the FY20 budget does not yet allow for restoration of prior year program cuts, which included elimination of positions for retiring staff and reduction of
spending on curriculum and facility capital improvements.  MERSD has, however, been working collaboratively with teachers and staff to find ways to manage the rising cost of health insurance, and has included a placeholder for $175K in cost reductions in the 2020 budget based on insurance plan savings currently under review.

Shifting enrollment has also allowed for strategic use of resources.  Although MERSD is still managing a cohort of students with record high class sizes, these students are now at the secondary level and entering elementary class enrollments have declined due to a demographic decline in school-age children.  This population shift has allowed MERSD to reduce classroom sections at the elementary level while maintaining class size benchmarks, and shift resources to the secondary level to address the larger cohort.  Additional savings will be directed to restoring prior year cuts when possible.

As a result of these enrollment changes, non-town revenue, which consists primarily of State Aid, has been growing slowly for the past several years.  This can have the impact of causing town assessments to rise more quickly than spending growth.  In an attempt to offset this effect, the FY20 budget includes use of $100,000 from reserve funds as a revenue source, recognizing that current reserve fund balances are strong, as confirmed in MERSD’s recent credit rating upgrade from S&P.   As a result of this reserve fund support, and modest spending changes, operating assessments to the towns are expected to grow just 2.85% in 2020, following 3.29%, 3.20% and 3.32%, respectively for 2019, 2018 and 2017.  This is below the assumed rate of growth for town assessments in MERSD’s multi-year budget model. 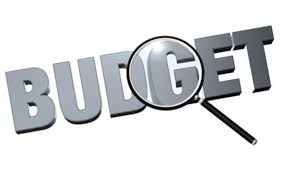 Posted by Pamela Beaudoin at 10:58 AM